Remohí studied Medicine at Valencia University Medical School, specialising in Obstetrics and Gynaecology at the Clinical Hospital of Valencia, with the sub-speciality of Obstetric Reproductive Endocrinology at the University of California, Irvine (USA). He has also been a maternity doctor since 1984 and a sexologist since 1986.

Professor Remohí founded the Instituto Valenciano de Infertilidad (IVI) in 1990 along side Professor Pellicer, and his work in the field of reproduction has led to the creation of IVI clinics both in Spain and internationally. IVI is a European leader in reproductive medicine thanks to its rate of results in the clinical field and has almost 80 clinics and 7 research centres in 9 countries.

Professor Remohí has been awarded several prizes for his contribution to the field of reproductive health, including the Ares-Serono Foundation Award in 1997, ASRM awards in 1995, 1999, 2001, 2008 and 2014; and SEF research awards in 1987, 1996, 1998, 2000, 2002 and 2004. He has also received various social awards, such as the Onda Cero Protagonists Award for the best scientific career in 2002, the Economía 3 Research Award in 2004, the Gold Medal of the city of Valencia in recognition of IVI’s pioneering work in research and teaching in 2006, the Revelation Company of the Year Award from Expansión magazine in 2009, the Revista Tendencias Award in 2015 and the award recognising IVI as Honorary Ambassador of the Marca España (Spain Brand) in Science and Innovation in 2015. In 2016, he received the Conexus Foundation Award for the company that contributes value to the communities of Madrid and Valencia, the Award for “Best International Strategy” from Actualidad Económica magazine and the Merit Award from the winery Pago de Tharsys, S.L. In 2017, he received the Levante-EMV/Prensa Ibérica Award of the Year from the Valencian Infertility Institute (IVI) for his professional career and the Merit Award in recognition of the scientific production of the most prestigious researchers resident in Spain, which he was awarded again in 2019. On the other hand, Dr. Remohí was also awarded the Excellent Award in the scientific-health field at the 9th International Congress of Excellence in 2018.

He is the author of 26 books on reproductive medicine, of which 2 have been translated into English, 2 into Portuguese and one into Chinese. He has published more than 500 articles in national and international journals, nearly 400 book chapters, and has presented more than 460 papers and more than 1,000 presentations and posters at congresses worldwide. 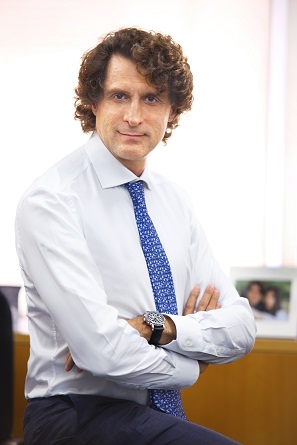